Open 7 Days a Week from 6pm Till 6am. Please Call or SMS to Making Booking

Through the ages dressing up has been a way of immersing yourself in another world, one of make believe as it relieves tension. Just a change of fashion trends helps you escape into a different persona, one that makes you feel alive. Although the audience themselves were not dressing up, Shakespearian plays and other thespian activities let people escape into another world. In this modern age people like to escape to the theatres or movies. One step up from that is  attending themed or fancy dress parties or going out on the town in fancy dress.   From there it is a natural extension to act out fantasies in the bedroom. Sometimes that may involve dressing up in a costume perhaps the wife or girlfriend being the maid and the man being lord of the manner. Spicing things up and escapism is nothing new. However, the stress and tedium of modern day living it seems as though it is becoming much more prevalent, so as to retain a certain level of sanity. You have all seen the bachelor parties and hen do’s in our cities and towns, well many take that into their private lives as well.

Even in medieval times banquets were often themed events to bring a bit of frivolity into what were serious times. in the modern era it is more about relieving stress and as a society we are openly more promiscuous.  There are many examples of role play that touches out lives. Strippers at hen, stag and birthday parties usual dress up as police women, firemen or in an assortment of other guises. As well as role play now playing an important part in some relationships it is also important on the Manchester escort scene. Seeing an escort in itself is escapism. It is a fantasy of many men to taste the forbidden fruit. Maybe seeing a woman that is otherwise unobtainable. There are many escorts from different parts of the world in the city and that lures many guys, just out of curiosity.

Many men having taken the first step in seeing an escort, want more. They have fantasies there wife or partner are unwilling to try.  Priority escorts in Manchester have many playful young ladies that really enjoy immersing themselves in a spot of role play. Often they start off with simple costumes like secretary and school girl, they can even use the same skirt and blouse for either role.  Maybe wear plain glasses and hair up for the sexy secretary look. As for the naughty school girl hair down and a school tie. Other easily to make up outfits is for the role of stripper or lap dancer and you will be amazed at how many men dream about being with ladies of that profession. Having some sort of maid is also a favourite as is being cuffed by a police woman. A holiday fantasy would be sufficed by having a Caribbean beauty wearing a bikini, sipping cocktails would represent engaging in a conquest in paradise on a tropical island.

Your Elite Manchester Escort Helping You Explore The City's Secrets

What Uk Punters Take Into Consideration When Making A Booking

How To Choose A Reputable Escort Agency

Two Is Always Better Than One, So Book A Manchester Escort 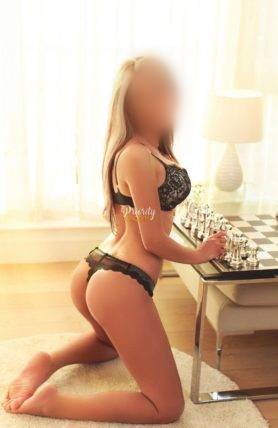